Show/Hide
The City of Roswell will reopen City Hall (38 Hill Street) and their facility at 1810 Hembree Road on Monday, June 15, 2020. Both facilities will resume normal business hours and will be open for walk-in appointments, Monday-Friday, 8:00 a.m. to 5:00 p.m. Please visit www.roswellgov.com/coronavirus for details and for information regarding the City of Roswell coronavirus response. 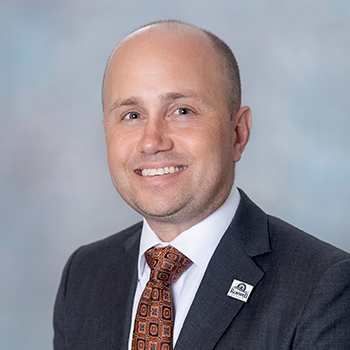 Mike grew up in a historic town and relocated to Georgia when he was originally hired by E*TRADE. He found Roswell and knew that is where he wanted to buy a home and eventually raise a family. Mike has worked in the financial services industry for the last 13 years and currently leads a team, which among other responsibilities, negotiates complex, long-term corporate agreements. He also has served as a subject matter expert in financial reporting.

Mike saw in Roswell it seemed that "any" development was occurring instead of "strategic" development. Mike was disappointed to see what had happened with Vickers and Goulding Place. Development should enhance a city's benefits instead of depleting them. For this reason he decided to run for City Council in 2015.

Mike is proud to have successfully led changes in Roswell that include preventing highest density developments in our suburban residential neighborhoods, requiring developers to build wider sidewalks, expanding the number of trees that developers must either preserve or pay to replace, and creating term limits for council members. Mike has been very supportive of adding protections for the Historic District to preserve its charm and distinctiveness. Educational Background: Bachelor of Science in Management with a Minor in Philosophy, Bentley University (Waltham, MA); MBA with focus in Finance, Emory University (Atlanta, GA).

Due to the large amount of e-mail received, not every e-mail is responded to. If you would like or require a response, please allow a few days and be sure to include your full name, mailing address, and telephone number. Your input is welcome and valuable.

Find Out More About the Roswell City Council