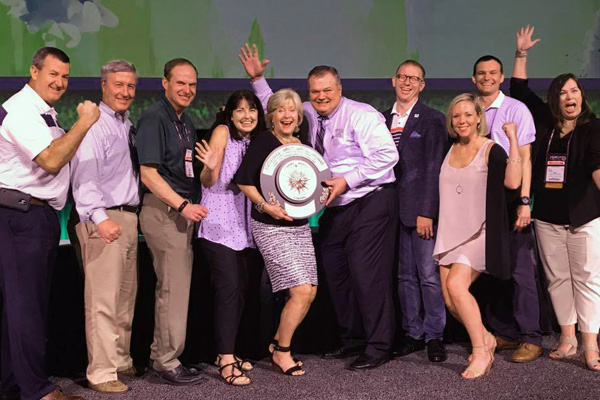 Roswell has become the first city in Georgia to be awarded the prestigious National Recreation and Parks Association’s (NPRA) Gold Medal Award for Excellence in Parks and Recreation Management. The City received this honor in the Class III category (population 75,001–150,000) at the NRPA conference in New Orleans on September 26, 2017.

The award comes as the result of an extensive application process, overseen by a panel of five judges chosen for their considerable experience and knowledge in parks and recreation on both local and national levels. Roswell had previously been chosen as a Gold Medal finalist for seven consecutive years before finally clinching top honors. Only one other agency in Georgia has won this award, Gwinnett County; however, Roswell is the only municipality to have earned this honor.