The City of Roswell’s Fire Department is pleased to accept a donation of a 2016 GMC 2500 HD pickup truck, valued at approximately $45,872, from Carl Black Roswell.

This is the fourth such donation from the dealership, who graciously replaced the original truck donated in 2008. The earlier trucks were used to tow the department’s Fire & Life Safety Center, also known as the smoke trailer. With approximately $9,000 worth of equipment in the truck, the Fire Department only incurred half the cost of the equipment as Carl Black donated the rest.

Fire Chief Rick Burnette says of the donation, “Carl Black has been a valued supporter of the fire department. Our small price to pay for the equipment in the truck is small compared to the generosity they have shown us through such a large donation. We are so grateful.”

The truck will be used by Community Risk Reduction, part of the Roswell Fire Marshal’s Office. The truck will be appearing all around north Fulton for public education, public relations, Safe Kids North Fulton, and CERT activities. 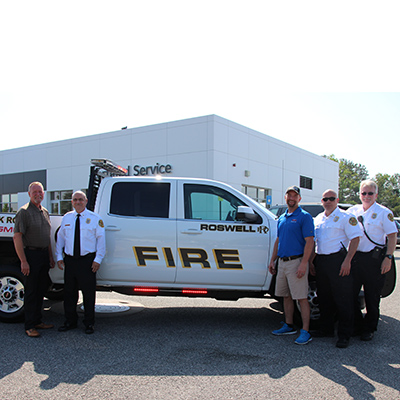 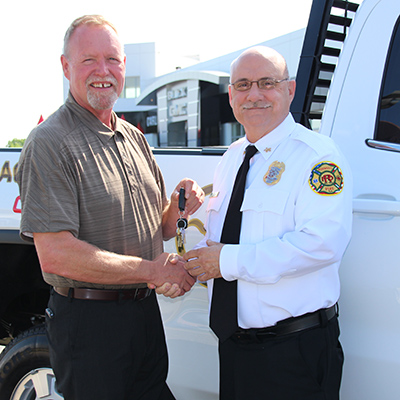